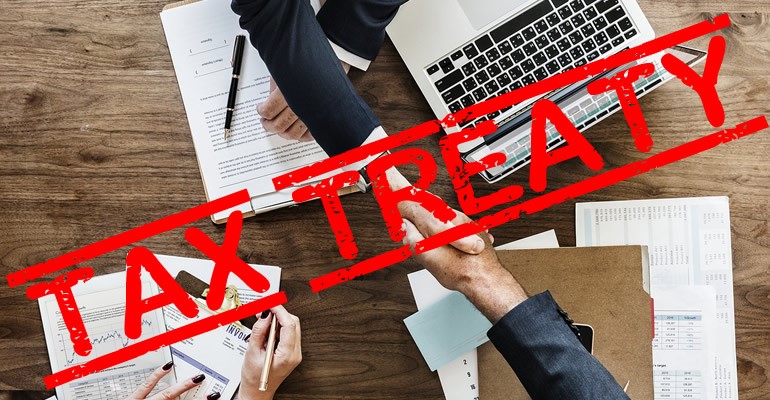 Canada and the United States have a Tax Treaty – So What?

So, what do you do when both Canada and the United States claim you as a taxpayer?  Maybe you are a U.S. citizen who moved to Canada, but all of your income comes from the U.S.  Maybe you are a Canadian who stayed too long at your winter home in Arizona for a few more rounds of golf and have now surpassed 183 days in the U.S.  Perhaps you are a U.S. person who inherited a cottage in New Brunswick, but you do not see yourself going there anytime soon and want to sell it.

U.S. citizens – and in most cases U.S. green card holders – are considered to be U.S. persons for U.S. income tax purposes.  As a U.S. person, you are required to annually file U.S. income tax returns and to pay U.S. tax on your worldwide income. This is irrespective of where you live, earn income, hold assets, or ultimately die. If you are a U.S. citizen who also lives and works in Canada, Canada wants you to pay tax on your worldwide income as well. This can present quite the conundrum.

Like most countries in the OECD (The Organization for Economic Co-operation and Development), Canada and the United States have an income tax treaty.  The primary purpose of The Canada-United States Tax Convention (1980) (the Treaty) is to help to resolve these types of conflicts.

To determine if the Treaty can help you, the first step to take is to understand how your situation is treated under domestic law.  By ‘domestic,’ we simply mean the law of the country you physically spend most of your time in.

Canada imposes income tax on its residents regardless of citizenship or legal immigration status in the country.

Alternatively, and as we indicated above, the United States imposes income tax on its residents, regardless of status. This then requires the filing of an annual income tax return and additional reporting and filing compliance requirements from U.S. persons regardless of their country of physical residence.

Both countries have the first right of taxation on income derived from real property in their country – through rental income or the sale of the real property – no matter where the beneficiary or owner of that income is resident.

Both countries also have the first right of taxation to income earned or sourced in the specific country. De minimis rules allow taxpayers to earn small amounts other than from real property that are only taxed in your country of residence.  We consider whether the income is effectively connected to a U.S. trade or business or if the cost is borne by a permanent establishment in the other country.

Under the Treaty, a “permanent establishment” includes a fixed place of business (i.e., office) through which one would carry on business to generate income or activities.  For example, if you physically reside in Canada, but your income is earned in the U.S. and you are a U.S. person, then you report even de minimis earned income on both your Canadian and U.S. income tax returns.

So, what is a ‘resident’?  A ‘U.S. person’?  Income ‘derived from real property’?  “Effectively connected” taxable income’?  A ‘permanent establishment’?  These terms are all defined.  Understanding when they apply to you matters.  They are defined for each country’s purposes under that country’s domestic tax law.  In Canada, tax laws and definitions are in the Income Tax Act (the Act).  U.S. income tax legislation is found under Title 26 of the Internal Revenue Code (the Code).

Beyond the protection of certain provisions of the Treaty, as a means to avoid or reduce a taxpayer’s exposure to double taxation on income subject to tax in both countries, taxpayers are entitled to take a foreign tax credit.  This credit can be taken on foreign income up to the amount of domestic tax payable on the same reported income.

Not all of the taxpayer’s income can be offset by these foreign tax credits (FTCs).  However, the general scheme is for taxpayers to only pay tax, to both countries combined, like they would pay in their country of residence. It does not always work perfectly but the objective is to eliminate the taxpayer’s exposure to tax in both countries on the same income.

The Act in Canada and the Code in the United States are not identical.  They define residence, income sources, and many other items without regard to the other country’s tax laws.  Situations arise where both countries may claim first right of taxation on an item of income, or more commonly, that a taxpayer is resident in both countries under their domestic tax laws.

That is where the Treaty comes in.  The Canada-United States Tax Convention (1980) was entered into force on August 16, 1984 and has been updated with five protocols. The most recent update was the Fifth Protocol, which was entered into force on December 15, 2008.  If an additional form of income tax –for example, like the U.S. Net Investment Income Tax (U.S. NIIT) passed by the Obama Administration—is created after the Treaty’s last Protocol, then it is not covered and cannot be eliminated using FTCs.

The Treaty has thirty-one articles dealing with a variety of topics.  Article IV covers residence and provides tie-breaker tax residency rules for people who over-stay “their tax welcome” in the country they don’t consider “home.” Article XIII covers gains, including gains from real property (the cottage in New Brunswick, for example).  Article XXIV is titled Elimination of Double Taxation and is particularly helpful for the U.S. citizen living in Canada who is required to report worldwide income to both countries.

Let us walk through a simple example.

George and Ida are U.S. citizens who moved to Toronto for work when they were in their 40’s.  They liked it, ending up staying in Canada, and ultimately chose to retire to a winterized cottage in the Muskoka’s – Ontario’s Cabin Country.  George and Ida would be considered Canadian tax residents under Canadian domestic law.

They did not renounce their U.S. citizenship and do not intend to, which means that there are also considered U.S. residents for U.S. tax purposes.   Their income includes U.S. Social Security, Canada Pension Plan (CPP), and Old Age Security (OAS) benefits along with distributions from their U.S Individual Retirement Accounts (IRA) and Canadian Registered Retirement Income Funds (RRIF).  George and Ida also have various forms of investment income from a variety of taxable accounts in various countries.

As required, they file Canadian income tax returns annually reporting their worldwide income to Canada and then take a foreign tax credit for taxes withheld at source on their U.S. IRA and foreign investment income including the 15% withheld in the U.S. from U.S. sourced dividend income.  Their U.S. Social Security income is only 85% taxable under Article XVIII of the Treaty in Canada and No longer taxable on their U.S. return.

Being U.S. citizens, George and Ida also must file a U.S. tax return annually reporting their worldwide income.  Since their income is all retirement and investment income, it is all sourced to Canada, except their U.S. dividend income.  However, this source of income has to be recalculated and reported under principals in the U.S. Code.  On their U.S tax return, they can take a foreign tax credit for income taxes paid to Canada on most of their income and for taxes paid to other countries for their global investments.

These foreign tax credits can eliminate everything except tax on the U.S. dividends and the U.S. NIIT, which tax is referred to as ‘latter-in-time’ under the Treaty.  Further, there is also Article XXIV, which will apply in their case and provides for an additional foreign tax credit to bring the amount of tax paid to the United States on U.S. dividends down to 15%.  Fun math but doable if you know the rules and have the right software!

We hope your key take-away thus far is to recognize that there is a Tax Treaty is in place between Canada and the United States.  The Treaty can be utilized to relieve some of the unique filing and reporting requirements for those of you who might have filing and reporting obligations on the same level of income to both countries.

Traditionally, this often relates to U.S. citizens resident in Canada and dual citizens.  But it also has implications for snowbirds or those individuals who might have worked in one country in the past and are now receiving pension or retirement income in their “home” country.

As this article is focused on the income tax issues under the Treaty, it is important to note that the Treaty also covers other issues that relate to the death and taxation of assets in either country of citizens/residents and the application of the income at death (Canada) or Estate Tax issues (U.S.)

As those issues are very important and part of the overall comprehensive financial planning that we do for our clients, we will cover those issues in a future article. 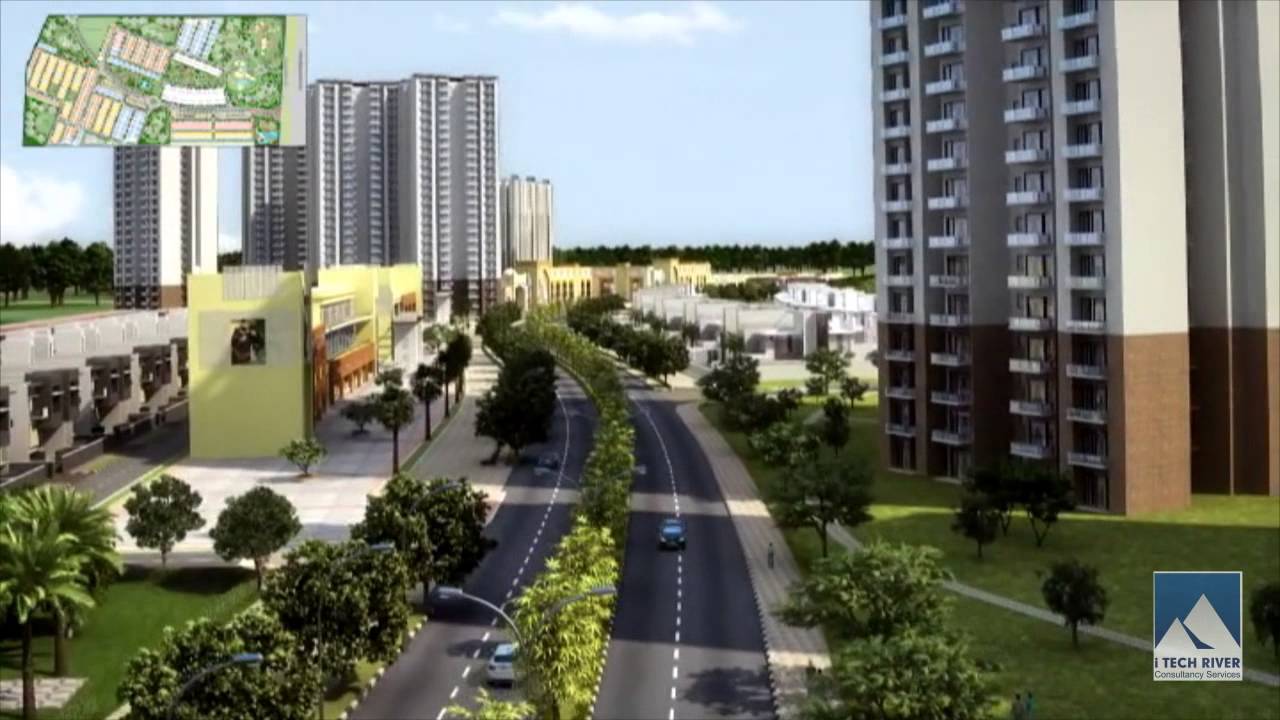 For Catalogs What is Better Furniture Photography Or Product Rendering

To dispatch another assortment, Marketers called photography studios and that was it. Two years prio 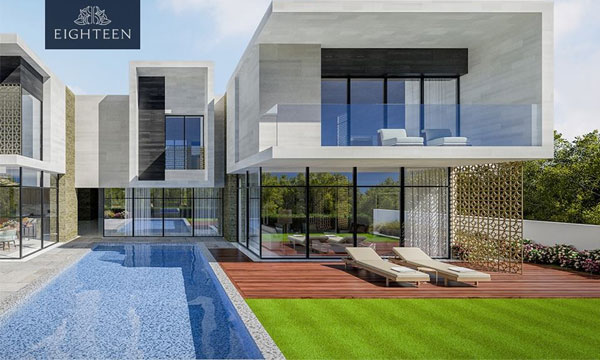 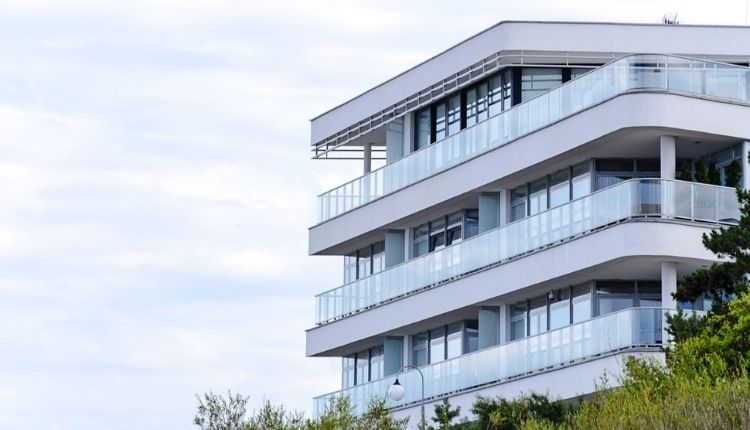 If you have a vacant plot, you can use the thoughts of the specialists and planners to construct any